With more than one million flight hours, Textron Systems’ Shadow Tactical Unmanned Aircraft System (TUAS) continues to be a leading platform for the U.S. military. The Army has communicated its intent to employ the venerable Shadow TUAS through the late 2020s to early 2030s.

We are currently qualifying the latest version of Shadow capabilities under the “Block III” upgrade program. The new capabilities are listed in the graphic below. We are proud to partner with the U.S. Army on the Block III advancements, and on the platform’s continued and future value to the warfighter as it accomplishes its missions every day. 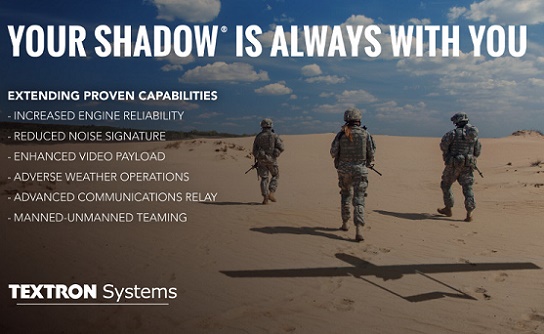