Q. How does this work study opportunity fulfill your requirements for your career with the Australian Regular Army?

JL:  The Australian Regular Army acquired the Shadow® 200 (UAS) in 2011. They began sending two lieutenants to Textron Systems each of the past two years to help them complete their honors year in Engineering at the Australian Defence Force Academy. The opportunity fulfills the university’s requirement of 30 days’ civilian work placement and allows the Australian Army to further expose its personnel to products with advanced capabilities.

Q. Which Textron Systems products or processes did you contribute to during this opportunity?

MW: During our time with Textron Systems, we have been exposed to the Shadow and Aerosonde® systems.

JL: In addition to working with the Shadow and Aerosonde teams, I also had the opportunity to gain insight into the much broader happenings of the organization, including compliance and the legal elements of defense industry companies. While Textron Systems is an independent corporation, it has strong responsibilities to ensure the security of its technologies that are used for military purposes are maintained.

Q. What was a career highlight for you during your six weeks at Textron Systems?

JL: During the third and fourth weeks of our placement, a design challenge was presented with regard to the Aerosonde Small Unmanned Aircraft System (SUAS). Matthew and I were tasked with enhancing the Aerosonde platform’s stand, which is used to conduct maintenance and move to and from flight lines. Through this project, we were able to employ some of the engineering skills we learned at university. We interacted with elements of the design team about some of the recommendations they had, and also spoke with technicians both at the design and production facilities who work with the system on a daily occurrence. We factored as many of these recommendations into our redesign of the stand and hope our solution is of value for the system in the future.

MW: In addition to working on the Aerosonde stand, we were also offered the opportunity to visit the Blackstone facility, where we were exposed to simulators. This was beneficial, as it provided insight into the human component of systems and the importance of developing good training programs, software and hardware, particularly in fee-for-service systems such as the Aerosonde system.

Q. What will you take away from your time at Textron Systems?

MW: We were educated on many aspects of civilian industry that we have not been exposed to through university, such as compliance, contracting, sub-contracting, mishap management and logistical chains. This was rewarding for us, as it provided some real-world context to the hurdles we will be expected to overcome as engineers in the future.

JL: As an engineering student, my understanding of business is a bit vague, and I have valued being exposed to elements of supply, finance and contracts. I learned about the problems that can arise from not building everything yourself, but also the benefits of contracting out elements of the manufacturing process. Further, even contracts regarding the purchase, the training, and maintenance of a system can all be different, which is something I was not aware of. Textron Systems has opened my mind to elements of engineering I had not given much thought about. I value the lessons I learned during the six weeks I spent with the company at their Hunt Valley and Blackstone facilities. 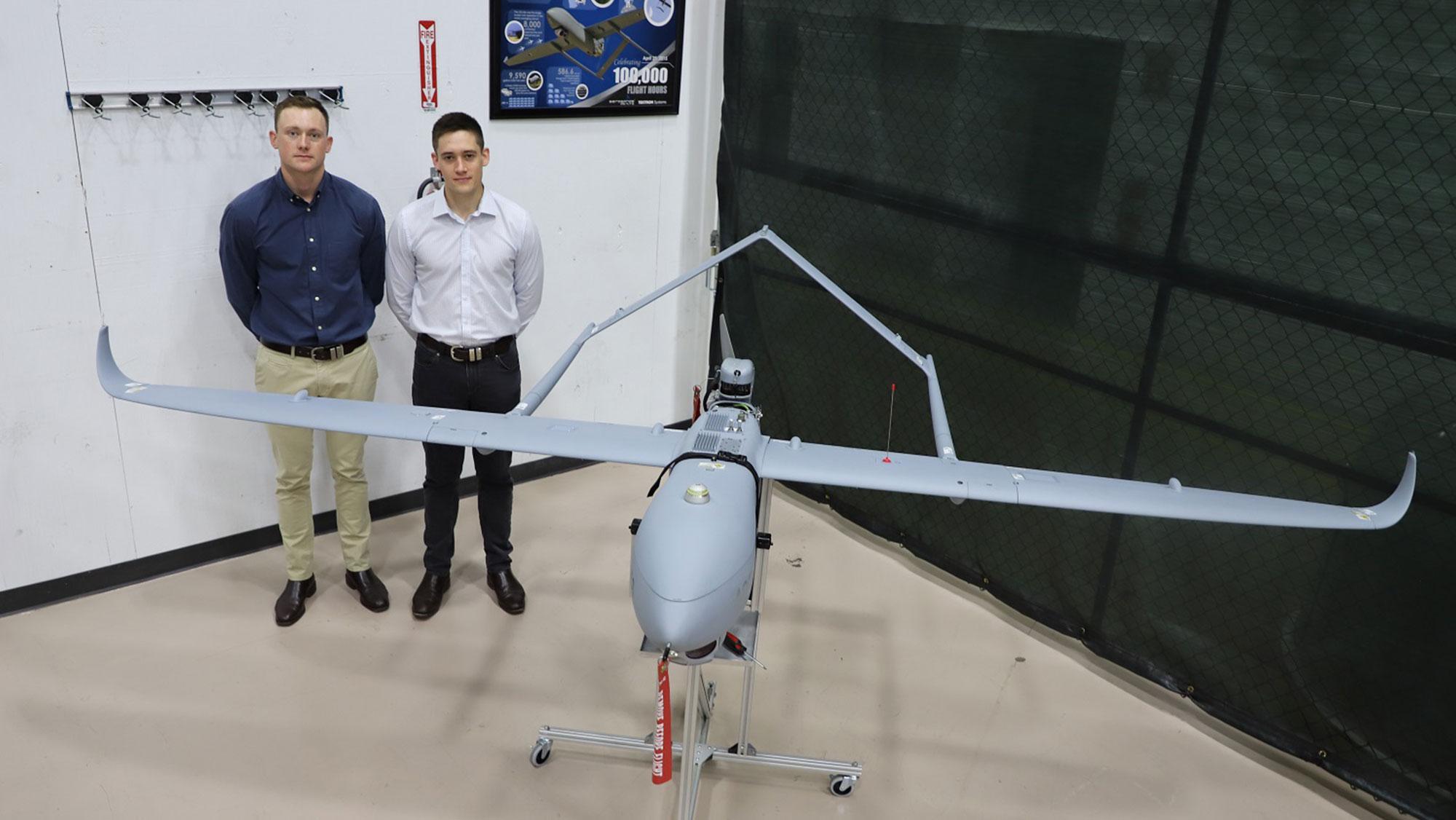 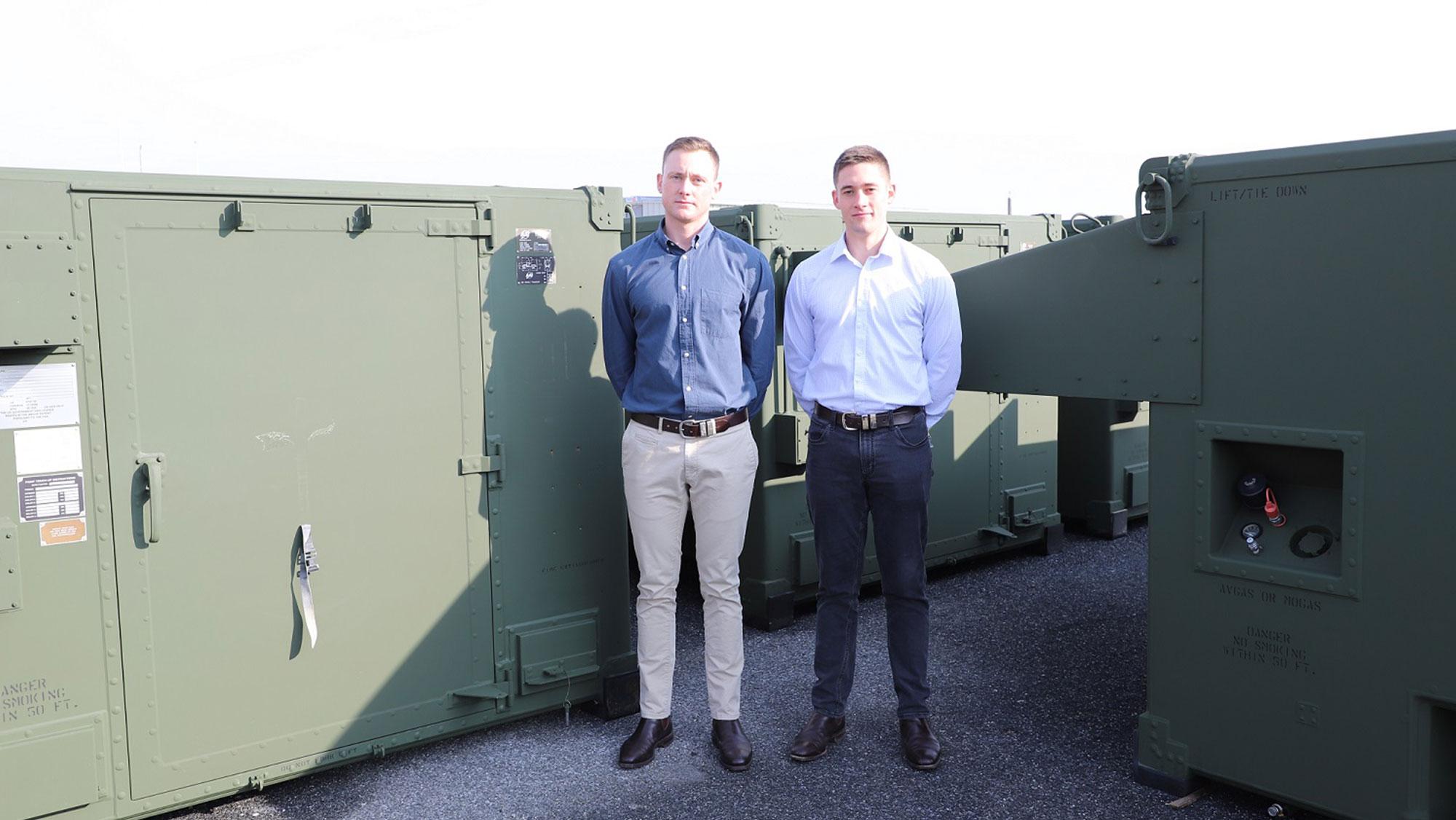 Australian Cadets with GCS
Next