The challenge was divided up into five areas of competition:

In the electrical competition, each team is given a box of electrical parts with instructions on wiring a circuit comprised of five components.  It is a timed event so points are awarded for fastest completion.

The relay is a series of science and engineering activities that are done sequentially by each team.  The secret is to work together and strategize on best approaches.  It is a timed event so points are awarded for fastest completion.

The math competition is made up of four activities that involve geometry and mathematics.  Time is allotted for each activity and points are awarded for a total score in each area.

The civil engineering competition is a timed event where each team is given an assignment to build the tallest tower with materials provided.  Points are awarded for the height of the tower.

The robotics competition has team members controlling robots to complete tasks on a game board.  Points are awarded based on assignments completed in the time allotted.

After a day filled with difficult challenges, the Textron Systems team won first place in both the Electrical Competition and Civil Engineering Competition, second place in the Relay Competition and were selected as the overall winners of the STEM challenge. Congratulations to our winners! 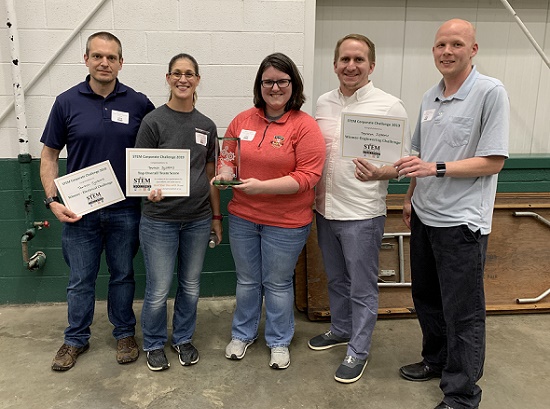 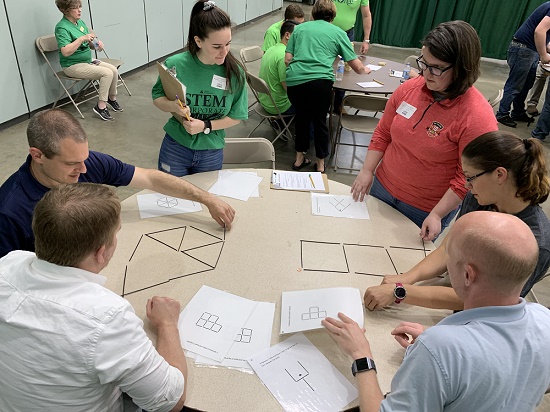 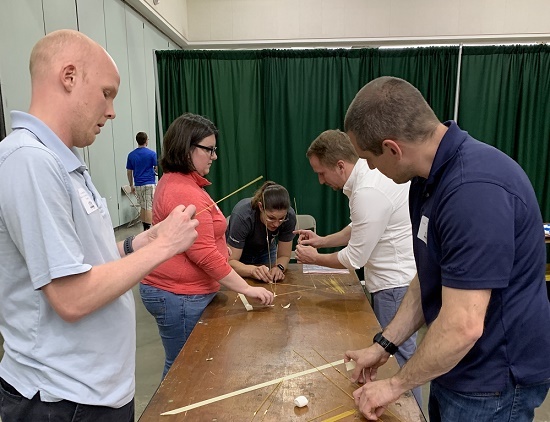 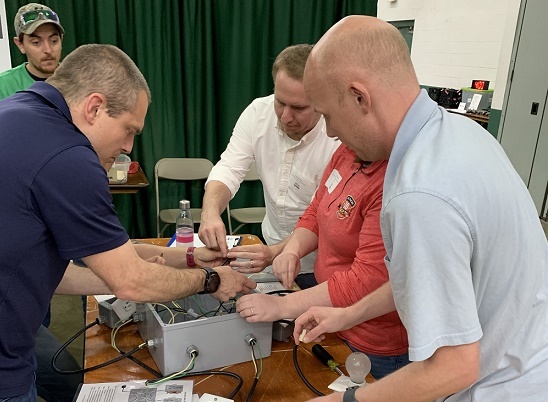